Christmas Traditions Around the World

Tis the season! As the air outside gets colder and bonfire night is a distant firework away, we all start looking ahead to that magical time of year – Christmas. Whether you prefer to be away for the holidays relaxing by your own pool topping up the tan, or choose to be at home snuggled up by the fire, we all have our own way of celebrating this festive season. If you're planning on a villa holiday this time of year, here's a flavour of how some other countries embrace their own festive traditions… 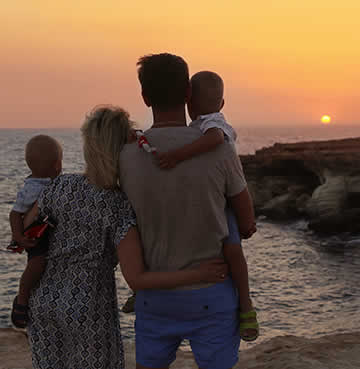 From the 1st of December we make it our mission to delight in as many tasty traditional treats as we can (mince pie anyone?) but for many Cypriots the festive holiday is preceded by a time of fasting, with children usually receiving gifts on the 6th December, the Feast of St. Nicholas. On December 25th, Cypriots will head back home from church for their holiday feast. According to Cypriot beliefs, stepping over the threshold right foot first will bring you good luck into the New Year. With 12 mandatory Christmas dishes served up in many households – including turkey or chicken stuffed with rice and traditional Cypriot cakes called 'Koulouri' it is safe to say that food is one of the most important ways Cyprus celebrates Christmas (yes even more so than us!)

In Cyprus though, the festive period really begins after the 25th, where a series of celebrations ensues. On New Year's Day, the Cypriots traditionally prepare Vasilopita – a cake with a coin hidden inside. It's said that the person who finds the coin will have good luck for the rest of the year and often results in family members wanting large pieces of cake! For many in Cyprus this is when gifts are exchanged and instead of Santa Claus, Cypriot children fondly have a 'Saint Vasilis' or 'Agios Vasilis' that they refer to. Festivities usually come to an end on January the 6th, the Feast of Epiphany. Known as the 12th day of Christmas or 'Ta Fota' meaning 'Light', this big festival celebrates the baptism of Christ. If you're here enjoying a villa holiday this season, head to the harbours where you'll be caught up in all the fun and festivities! 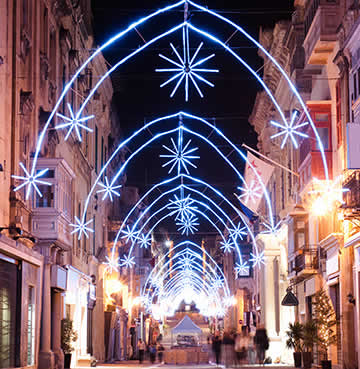 Towards the end of the year, this golden island literally glows and glimmers as it prepares for the joyous season. From the hanging decorative street lights, flashing and blinkering to the homes illuminated with a simple static shimmer, Malta takes Christmas to a shining new level! In keeping with decorations, 'Gulbiena' is a word that will often evoke memories of the festive period for the Maltese. Also known as Vetches, these stringy, noodle-like shoots of Vicia pulse seeds are traditionally grown for decorative purposes and are placed at floor level or on tables around a week before Christmas Day. Being a Catholic country, some if not most of Malta's festive traditions pay homage to their religion, with many local households owning Baby Jesus figures and nativity scenes depicting the birth of Christ. Midnight Mass is an ancient Christmas custom continually maintained in Malta and Gozo, with churches packed full of people watching the procession of local children.

With the sermon over, the Maltese have the Christmas Day lunch – or banquet as some may say, to look forward to. With a minimum five-course meal consisting of appetisers, soup or pasta, the traditional turkey main followed by an array of desserts, a Christmas feast in Malta is guaranteed to put you in a very satisfying food stupor! 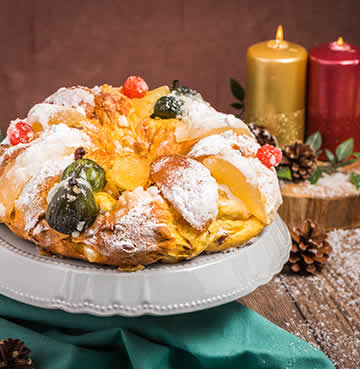 Although it's unlikely you'd celebrate a white Christmas here, Portugal certainly has its own way of getting into the Yuletide spirit. Father Christmas or 'Pai Natal' as he is known is believed to bring presents to children on Christmas Eve, although some natives say it is Baby Jesus who's the one bearing gifts! The traditional Christmas meal 'Consoada' is eaten during the evening of the 24th December, usually consisting of codfish and potatoes followed by wild meats and other expensive food. Although each region has its own selection of desserts, the traditional 'Bolo Rei' cake remains a firm feature in many households. Placed pride and centre of the table, a broad bean and little token are hidden within the cake and if you find the token you can keep it, but bad luck if you get the broad bean as tradition says you'll be paying for next year's 'Bole Rei'!

After Christmas and going into the weeks of January, groups of people will often go from house to house with an image of Baby Jesus in his manger singing the 'Janeiras' (January) songs. They'd usually start with a song asking the owner of the house for food and drink, but watch out if you don't open your door as you could very well have songs being sung to mock you! Slightly different from our traditional Christmas carolers, some may say! 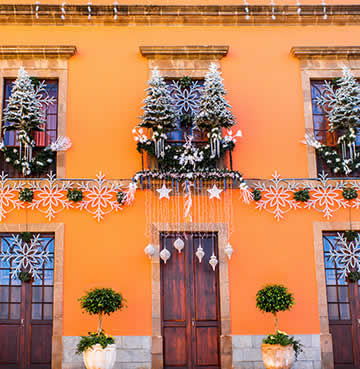 And last but not least, is the festivities in Spain. Midnight Mass is one festive tradition many Spaniards uphold, and is commonly known as 'La Misa del Gallo' or The Mass of the Rooster. This unusual name refers to the Spanish belief that a rooster crowed the night Jesus was born. Like the Portuguese, most families enjoy their main celebratory dinner on Christmas Eve with the most popular meal being seafood. An ancient tradition in Spain saw people walk through the streets after Mass, carrying torches, playing guitars and beating drums, something that doesn't happen quite so often now.

December 28th or 'Dia de los Santos Inocentes' is a day in Spain very much like our 'April Fool's Day, with people trying to trick one another into believing silly stories and jokes. They would refer to them as innocent, as a way to commemorate the babies killed on the orders of King Herod.

On New Year's Eve, the Spanish have one special tradition where 12 grapes must be eaten with the 12 strokes of the clock at midnight! It is believed that each grape represents a month of the coming year and if you eat them all you are said to be lucky in the New Year! As with many European counties the Epiphany is celebrated in on January 6th, Spanish children open presents believed to have been brought by the Kings. But if naughty the Kings would leave them coal made out sugar, which brings the festivities to a sweet end!

So whether you're celebrating Christmas in your own private villa or enjoying the fun and festivities back home, there are plenty of different traditions across our destinations for us to embrace and enjoy a very Feliz Natal (Merry Christmas)!