Your dream Florida holiday wouldn't be complete without an itinerary to match! First port of call? Getting clued up on the amazing attractions and out-of-this world entertainment that's on offer. Overflowing with show-stopping spectacle – a once in a lifetime family adventure awaits.

Secure your tickets for as little as £25 per person

Make the most of every magical moment and buy before you fly for the best ticket prices.

Book in advance for the biggest savings and most competitive ticket prices. Not to mention the ability to fast-pass your favourite rides, tailor-make your itinerary with specially chosen timeslots and reserve tables at some of the most popular restaurants. All before you even arrive – and for a deposit of just £25 per person.

World-famous attractions at your fingertips

Florida is waiting for you… now to fit it all in! Whether it's the magic of Walt Disney World Resort, the entertainment of Universal Orlando Resort or the excitement of Busch Gardens® – you won't want to miss a thing…

Our trusted Travel Advisers will give you their top tips and ticket picks to make your dream Florida holiday a reality.

Speak to one of our Travel Advisers to explore your theme park ticket options! 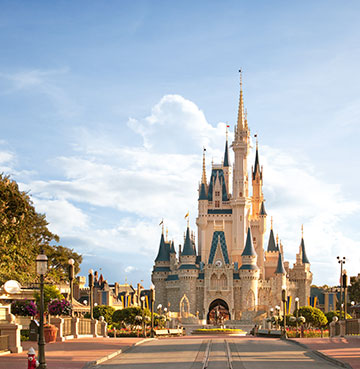 My Disney Experience
With Disney FastPass+ and MagicBands, your magical Disney holiday will be as simple as it is fun! Whether you're on the go, or with family and friends, you'll be able to easily access the magic of Walt Disney World Resort like never before.

Pre-purchasing your adult Disney Tickets means you can enjoy all the Disney PhotoPass photographer pictures you want during your Florida holiday. Worth $169 when purchased on the gate, have your magical holiday moments captured for FREE. You'll get digital copies to share, download and keep forever.

Whether it's the highs of heart pounding rollercoaster rides or the splash landings of wet and wild waterslides – there's plenty of thrills and spills for everyone! Here's some of the most popular ticket combinations for the ultimate Florida holiday…