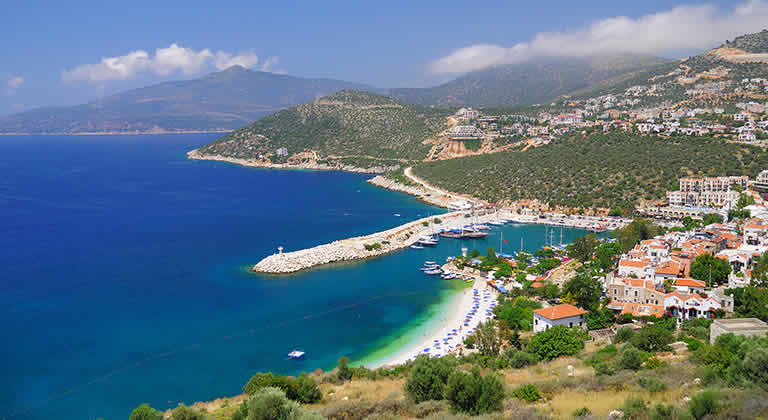 Smaller and quieter than neighbouring Kas, Kalkan is a small resort and fishing village, set on the hillside at the foot of the Taurus Mountains. The architecture here is unique – narrow streets are lined with whitewashed villas, their carved timber balconies interwoven with colourful bougainvillea. A small pebble beach provides access to the azure waters, and boat trips are an ideal way to check out the nearby sandy bays of Patara and Kapatus. The locals are warm and hospitable, and prepare delicious, locally caught fish which can be sampled some at one of their many roof-terraced restaurants whilst enjoying the magnificent sea views.

Our most popular villas in Kalkan

We couldn't load the villas for Kalkan. Please, check your internet connection and reload this page.

We haven't found villas available for Kalkan with the current search criteria.