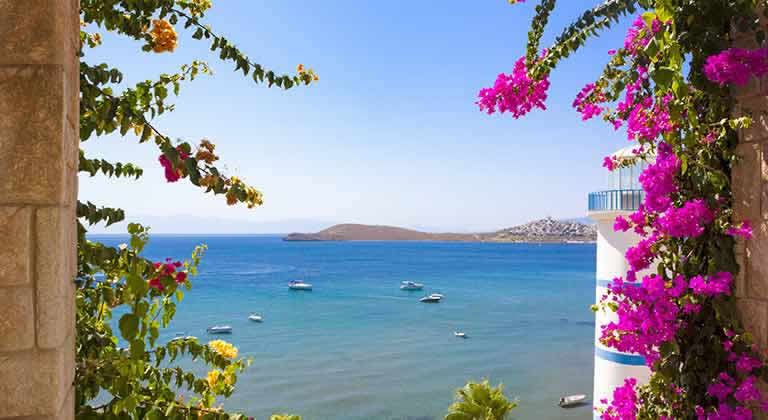 A short distance from Bitez, the tranquil resort of Ortakent offers total relaxation. Located at the heart of the Bodrum peninsula, the hillside village is set on a rich and fertile plain with citrus, olive and fig groves leading down to the sea. The south-facing sandy bay is long and wide, with a good variety of restaurants and bars lining the waterfront. Weekly markets and bazaars are stocked with a colourful array of fresh produce, local arts and crafts and the latest fashions. Attractive 17th century tower houses, unique to the area and built for defensive purposes, are also a popular feature of the village.