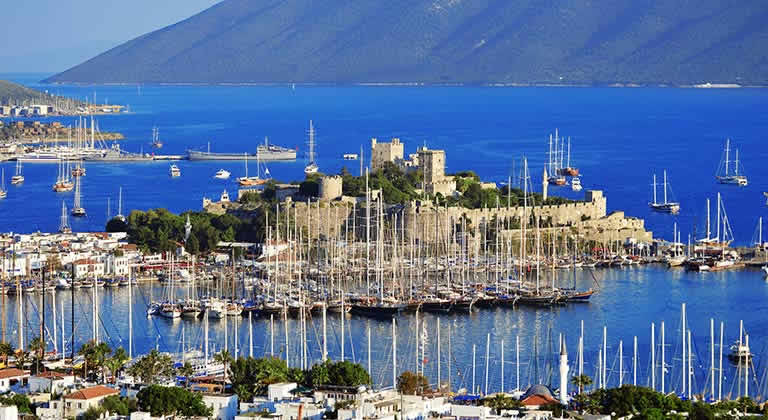 Bitez lies on a bay, a few kilometres from Bodrum, attracting guests looking for a quieter resort. The gently-sloping coarse sand beach is lined with whitewashed restaurants, its sheltered cove and shallow water is perfect for families. Backed by lush tangerine orchards, Bitez is perfect for those who want to escape the crowds, whilst also having good access to Bodrum and surrounding resorts.