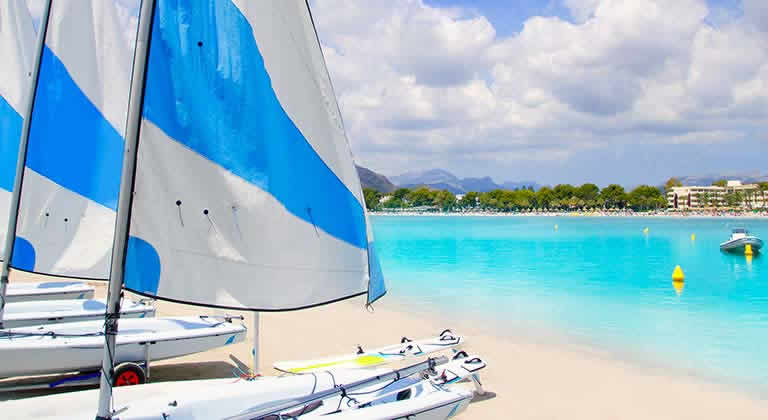 Port d’Alcudia’s big, bustling marina and animated resort has a much faster tempo. A wide variety of shops, restaurants and boutiques line the large sandy bay. You’ll find traditional seaside fun here, from pedaloes to a water park, and a lively nightlife packed with bars and discos. For a complete change of pace, you can stroll round the beautifully preserved, medieval walled city of Alcudia and its network of shaded narrow streets. A Roman house and the remains of an amphitheatre are located just south of the town.