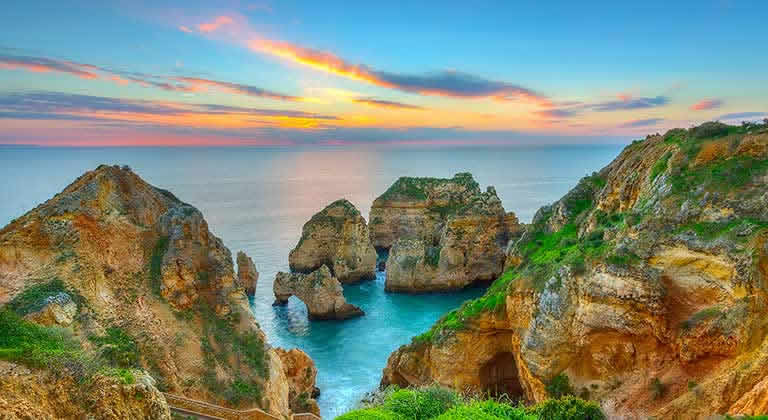 The 16th century walls of this delightful seafaring town keep the modern world firmly at bay. Inside, you can explore the antique shops and boutiques that line the maze of cobbled streets. Why not indulge in a ‘bica’ strong coffee and a scrumptious cake at a pavement café as you watch the world go by. There is also an intriguing museum, an incredible gilded church, an attractive marina, and a fort. If you enjoy the beach, you'll love the five kilometres of wonderful golden sands.