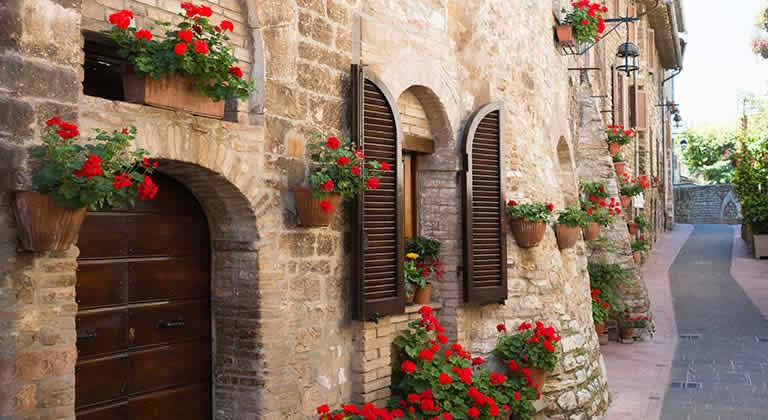 Located in a stunning position high above the Tiber valley, Todi is packed with history and culture. Magical Piazza del Pololo is often described as the most perfect medieval square in the whole of Italy, and the churches of San Fortunato and Santa Maria della Consolazione further serve to captivate all who visit the town. Several of our villas are located in charming nearby villages of Porchiano, San Vernanzo and Montecastello di Vibio, all within just a few minutes drive of the historic town centre.