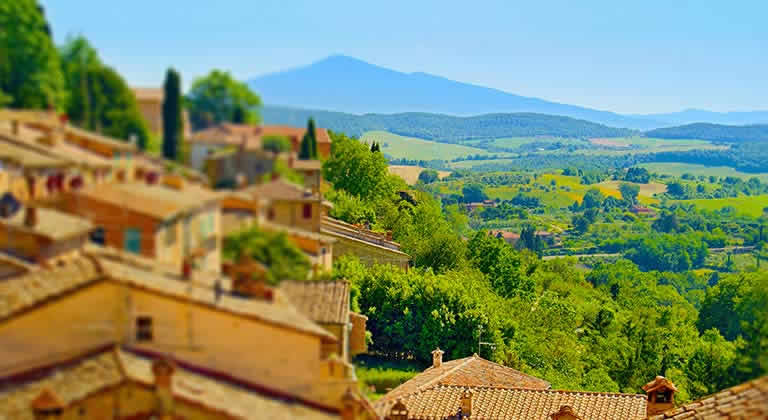 Founded by the Umbri - the original Umbrian peoples, as long ago as 1,000 BC then conquered by the Etruscans, the picturesque and historic town of Cortona stands atop a hill and affords the visitor views of southern Tuscany as far as Umbrias Lake Trasimeno. As well as numerous art galleries and museums, the famous old town is home to some fantastic restaurants and a good selection of shops whilst historians and culture seekers will find a varied range of churches and palaces as well as ancient Etruscan burial sites to visit. Of more recent interest the town was the setting for "Under the Tuscan Sun" by Frances Mayes.