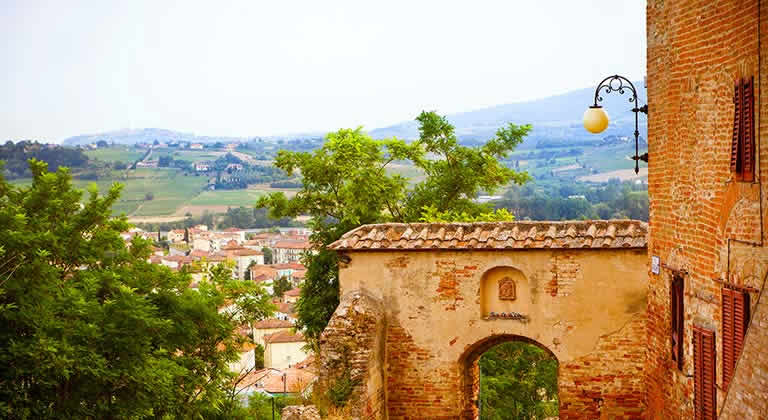 Home of the family of Giovanni Boccaccio, poet of ‘Vita di Dante’, Certaldo is a red brick hilltop town located in the Chianti region of Tuscany. Wonder along the car-free streets and visit the Palazzo Pretorio or Palazzo Giannozzi, or discover the handful of restaurants and shops. Certaldo is conveniently located just 15 minutes’ drive away from the popular nearby towns of Poggibonsi and San Gimignano.