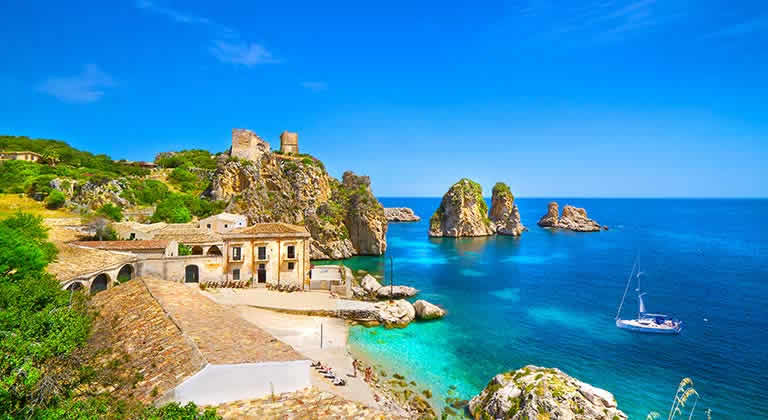 Scopello is a pretty hamlet in the north west corner of Sicily and lies on the coast between the bustling resort of Castellammare del Golfo and the Zingaro nature reserve. The village itself includes a couple of restaurants and bars, a grocers and a post office with cash point whilst Castellammare del Golfo is just 10 minutes away by car and offers many more amenities. Although quite a sleepy and laid back area, the filming of Oceans Twelve and the Inspector Montalbano series have attracted more visitors in recent years and there are several sites such as the Tonnara di Scopello, and the local history museum in Castellammare, that have become popular as a result.