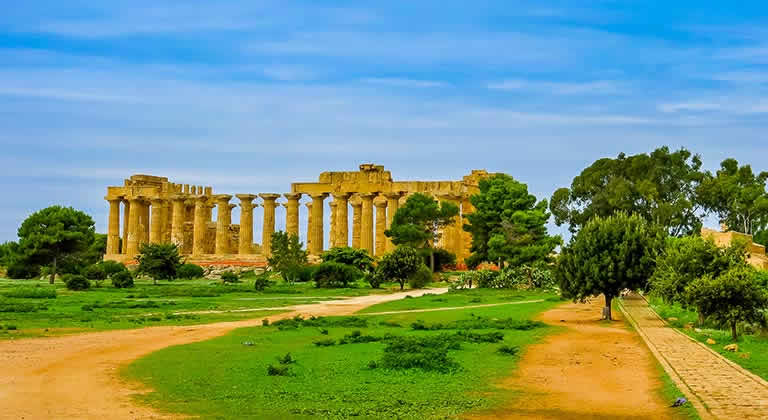 The most westerly of the ancient Greek strongholds in Sicily, Selinunte has a long and fascinating history. Originally the site of 5 Greek temples of which now just one remains, the impressive Doric temple of Hera, Selinunte can be found in the province of Trapani. There are a number of shops and restaurants in the nearest large town of Castelvetrano and some lovely nearby beaches to explore beyond the endless olive groves.