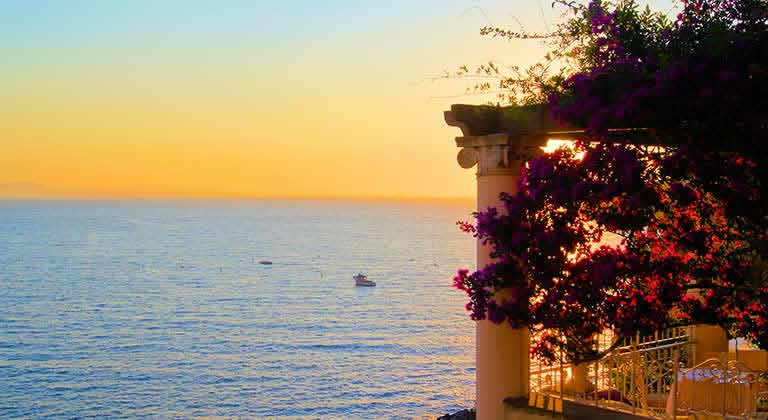 Located almost in the centre of the Sorrentine Peninsula, Sant'Agata sui Due Golfi is a small town high on the hill side above Sorrento and famously boasts spectacular views of both the Gulf of Salerno to one side and the Bay of Naples on the other. Here you will find a small selection of shops and local restaurants serving fresh seafood, pizza and pasta. Being in the centre of the Peninsula it serves as a good base from which to explore the local area and there is a small tourist office in the town to help you plan your stay. For keen hikers there is a 3km trail between Sorrento and Sant'Agata sui Due Golfi which takes just over an hour and has some great viewing points along the way.

Our most popular villas in Sant'Agata sui Due Golfi

We couldn't load the villas for Sant'Agata sui Due Golfi. Please, check your internet connection and reload this page.

We haven't found villas available for Sant'Agata sui Due Golfi with the current search criteria.