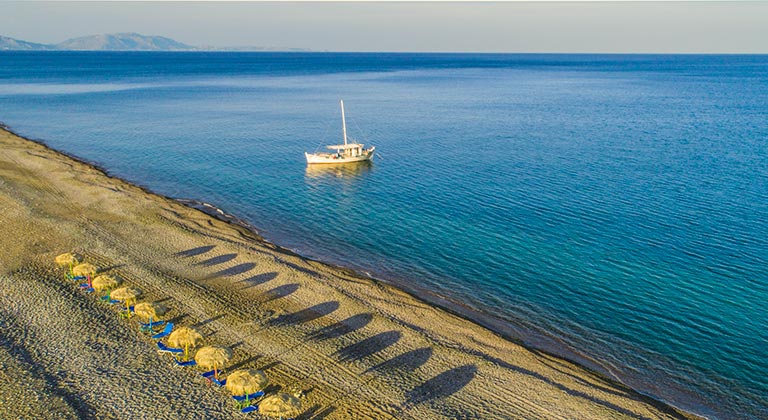 Gennadi was once a tiny fishing hamlet with a large stretch of sandy beach that follows the coastline of Southern Rhodes. It has grown into a cosmopolitan resort with a great mix of traditional tavernas in the main square, and some sophisticated beach bars offering everything from healthy smoothies to a bottle of bubbly! Spread out along the shoreline the wide beach stretches down to Lahania village where a tiny Grocery offering fresh vegetables and fruit and a couple of restaurants offering home cooked cuisine add an authentic touch. This peaceful close community enjoy a slower pace of llife so it's easy to chill out and relax. Bustling Lindos is a 15 minute drive away with its ancient acropolis and medieval castle sitting atop the hill, white washed buildings and picturesque cobbled to explore , whilst Pefkos is closeby with plenty of shops, restaurants and facilities to discover. Glorious Prasonissi beach a 20 minute drive at the southern most tip of the island is a great way to spend the day; the unique spit of sandy beach boasts fabulous thermal currents attracting extreme sports enthsiasts, wonderful to watch with a Greek coffee or a glass of something stronger - whatever your fancy, Gennadi has it all!.