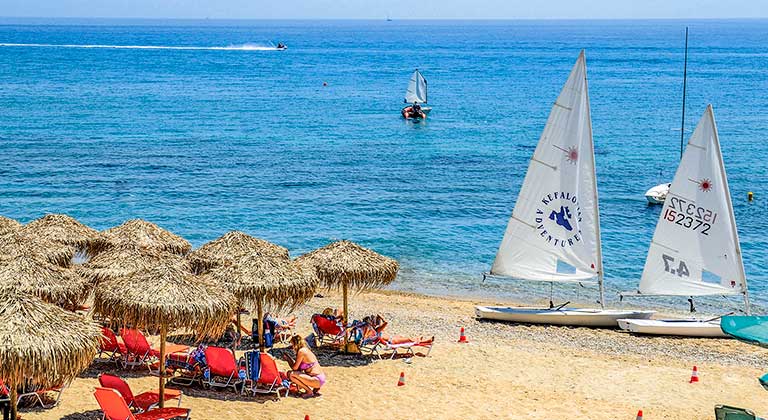 Around Skala, you will find some of the best beaches on Kefalonia - with golden sand stretching along the coast, backed by lush pine trees. If you’re prepared to walk a little further, it’s possible to find a spot almost to yourself. The town itself boasts an excellent selection of restaurants and tavernas serving local and more international cuisine, as well as a small choice of shops. You can also discover some of the town’s past by taking a walk up into the hills to explore the ruins of the old pre-earthquake village of Skala.

Our most popular villas in Skala

We couldn't load the villas for Skala. Please, check your internet connection and reload this page.

We haven't found villas available for Skala with the current search criteria.