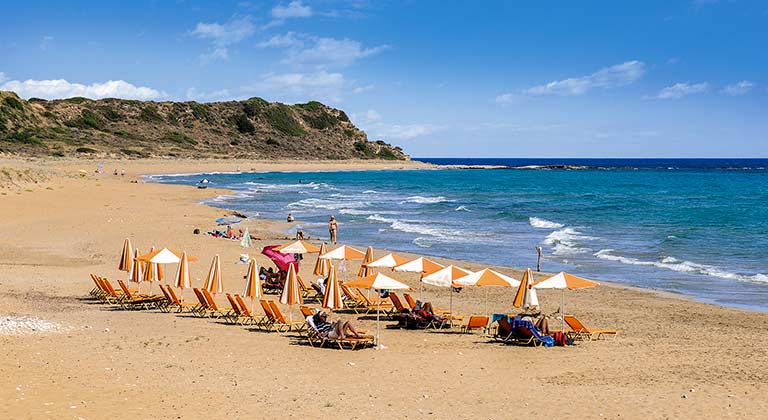 Mounda Beach is a quaint little sandy beach nestled on the outskirts of Skala and close to the small village of Ratzakli. Mounda Beach itself enjoys nothing more than a small beautiful beach backing onto groves and lush green countryside. A little hotel taverna can be found which opens at various times throughout the season within a short walk, however, the main amenities at Skala can be found within a short drive.