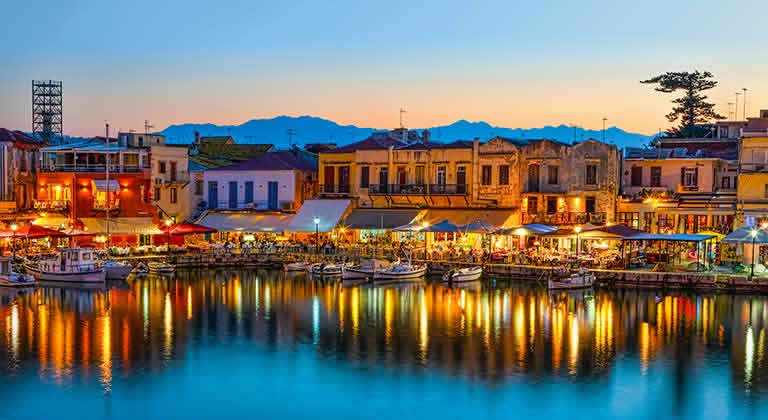 The picturesque harbour town of Rethymno is located just an hours drive from Crete’s cosmopolitan capital Heraklion. This quaint town attracts locals and visitors alike to its choice of excellent waterside tavernas. The endless beach at this pretty resort is perfect for families, with its gently shelving sand and palm-lined promenade. The old town, marked by the ancient fortress, old harbour, winding paved streets, fish restaurants, cafés and bars is perfect for a leisurely stroll.

Our most popular villas in Rethymno

We couldn't load the villas for Rethymno. Please, check your internet connection and reload this page.

We haven't found villas available for Rethymno with the current search criteria.