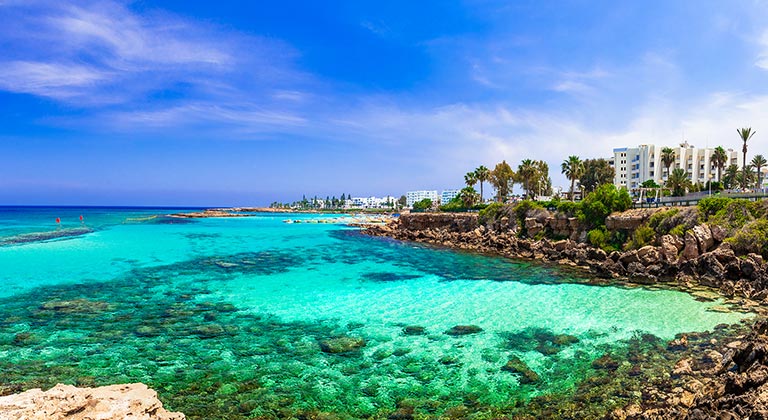 Situated on the east side of the island, Protaras is a popular family and beach lovers resort offering everything you could want for your holiday – sun, sea and sand together with a great choice of shops, restaurants and bars. Relax at the famous Fig Tree Bay and enjoy a meal at a beachfront cafe, or head to Konnos Bay for a great range of watersports.

Our most popular villas in Protaras

We couldn't load the villas for Protaras. Please, check your internet connection and reload this page.

We haven't found villas available for Protaras with the current search criteria.