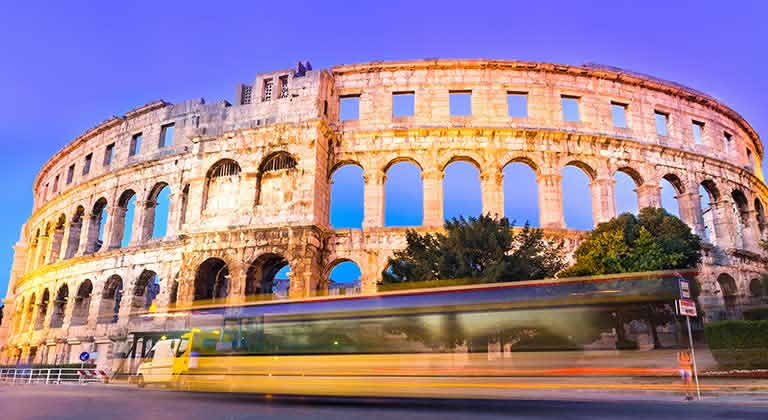 Pula is situated right at the southern tip of the peninsula and is the fine capital of Istria. With views of the Adriatic, Pula's unspoiled natural surroundings are magical. Known for its mild climate and tame, beautiful sea, Pula also has a long tradition of winemaking, fishing and shipbuilding. While strolling through the old town of Pula or Pola as the locals say, you will come across numerous monuments of Roman architecture: the Triumphal Arch of the Sergi from the 1st century B.C., Hercules’ Gate and Twin Gates, the Temple of Augustus, and one of its spectacles is the magnificent Amphitheatre in the town centre, great for lovers of culture.

Our most popular villas in Pula

We couldn't load the villas for Pula. Please, check your internet connection and reload this page.

We haven't found villas available for Pula with the current search criteria.